At PipelineRx, we’re optimizing and transforming pharmacy to amplify its impact on patient care.

PipelineRx started with the belief that pharmacist expertise is critical to patient care and safety. That prior to dispensing, every medication should be reviewed by a pharmacist.

We believe that every patient deserves access to the specialized insight that only pharmacists possess, and know that pharmacist-provider collaboration has been proven to improve patient outcomes.

The Time has come

We believe the time has come to unleash the full power of pharmacy optimization.

Guided by pharmacist experts, we built the first-ever cloud-based pharmacy platform and created a channel of communication unlike any in the industry.

This facilitated remote order management by our growing team of seasoned clinical pharmacists, and launched the first step towards a more efficient pharmacy.

We are technology-led self-starters.

We continue to focus on opportunities to reduce tasks and improve clinical outcomes.

EXECUTIVE TEAM BOARD OF DIRECTORS 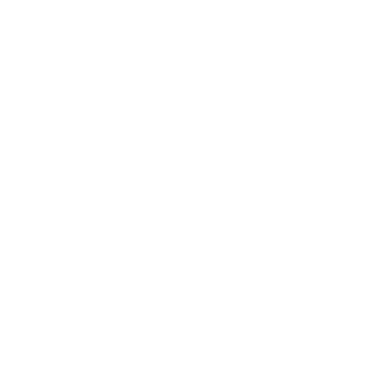 data points flow through our system every year.

We know that care doesn’t end at the hospital door.

Believing in the power of possibility, we know that every provider and every patient can be connected to high-quality pharmacy services no matter where they are. Making patient-driven pharmacy care a reality is why we continuously hone our technology and services each day. As progress continues into personalized medicine, the specialized knowledge of the pharmacist will play a critical role. That is why now, more than ever, we’re focused on making pharmacy accessible—anytime, anywhere—so patients can live longer, healthier lives.

Prior to Canopy Healthcare, Mr. Roberts was the EVP of Business Development at CHG Healthcare Services, a $600 million leader in diversified healthcare staffing which supplied physicians, pharmacists, nurses, and allied healthcare professionals to hospitals nationwide. At CHG, he was responsible for business development, corporate sales, vendor management, and merger and acquisition efforts. Prior to CHG, he was a General Partner at Acacia Venture Partners, a San Francisco-based healthcare venture capital fund that specializes in investing in and building leading service businesses in healthcare. Earlier, he was an Associate at Summit Partners, a $3 billion private equity fund, in Boston. Mr. Roberts holds an MBA from Boston University and an AB in Economics from Dartmouth College.
More +

Gary D. Blackford served as Chairman of the Board and Chief Executive Officer of Universal Hospital Services, Inc. (UHS), a leading nationwide provider of medical technology outsourcing and services to the healthcare industry, from 2002-2015.

During his tenure, Blackford transformed UHS from regional medical equipment rental company to national leader in medical equipment outsourcing and life cycle solutions. Previously, as Chief Executive Officer from 2001-2002, Mr. Blackford was credited with the turnaround of Curative Health Services, Inc., a specialty pharmacy and health services company. From 1995-1998 he was accountable for the turnaround of $2 billion Pharmacy Benefit Management company ValueRx, the largest independent in the industry that was sold to Express Scripts in 1998. Mr. Blackford also serves as a director of Wright Medical Group, N.V., a global medical device company and Halyard Health, formerly part of Kimberly-Clark, a medical technology company.
More +

Ara Chackerian has spent his career in leadership positions for health services companies. Most recently, Mr. Chackerian was the Founder, President and CEO of BMC Diagnostics, a leading diagnostics imaging provider, and guided the company through its acquisition by Health Diagnostics in 2007.

Mr. Chackerian’s ten years in the diagnostic imaging sector exposed him to the radical transformation that teleradiology services had on this sector, a transformation that is currently underway with telepharmacy. Prior to BMC, he founded Embion/ProviderLinks, a technology-leveraged distribution company focused on the healthcare industry. Prior to BMC and Embion, Mr. Chackerian held various senior leadership positions at PSS/World Medical, a publicly traded international medical products distributor, where he had direct profit and loss responsibility for 11 distribution facilities employing 400 people and representing $150 million in annual revenues. For the past several years, Mr. Chackerian has been an angel investor in early stage healthcare companies. Mr. Chackerian received a bachelor’s degree in Marketing and Business Management from Florida State University.
More +

For more than 26 years at Mitsui, he has been engaged in a broad range of businesses around the world. He has spent most of his career in healthcare focusing on international trade, sales and marketing, and business development, as well as investments in medical devices, telemedicine, hospital IT systems, GPOs, and pharmacy chain operations. Prior to Mitsui USA, he was General Manager of the Pharmaceutical Solutions division at Mitsui Tokyo. From 1998 to 2005, he worked for Mitsui USA in New York and focused on business development in the healthcare sector. Mr. Ota holds a Bachelor of Engineering Science from Osaka University in Japan.
More +

Previously at Swisslog Healthcare, he served as President of North America and EVP of Asia Pacific. Prior to joining Swisslog Healthcare, Stephan worked for Tecan, a laboratory robotics company and Rieter. He holds a Masters (MSc.) in Management, Technology and Economics from the ETH Zurich, and spent his last ten years in various healthcare executive positions in Europe, Asia and North America.
More +

Brian Scott has served as CFO, Chief Accounting Officer, and Treasurer of AMN Healthcare since 2011. Prior to that, Mr. Scott served in a variety of financial and operational roles for AMN, including Senior Vice President of Operations, Finance, and Business Development, in which he oversaw corporate financial planning and analysis, capital funding and business development activities.

He also served as President of the pharmacy staffing division and as Director, Senior Director and Vice President of Finance, where his roles have included overseeing all accounting operations and SEC reporting. Mr. Scott started his career in San Francisco with KPMG and later became a partner in a mid-sized CPA firm. Mr. Scott also served as controller of a biotechnology company. He is a certified public accountant (inactive) in California, and received his bachelor’s degree in accounting from California Polytechnic State University, San Luis Obispo and a Master’s of Business Administration from the McCombs School of Business at the University of Texas at Austin.
More +